“When you forgive, you in no way change the past – but you sure do change the future.” ~ Bernard Meltzer

Judy Sackett had seen Willie Nelson when he was a youthful 69. She enjoyed him back then, and loved the idea of seeing him again. So, off we went to the Outlaw Music Festival. Judy is a blast to travel with. She enjoys people. She enjoys food. She enjoys learning new things and going new places. I don’t think she’s ever met a stranger. We hadn’t been in our seats long before this couple made friends with us. We didn’t get their names, but I sure wish we had because they were awesome. He was especially fun, as you can see. The couple in front of us were nice, too. The young man especially. In fact, he took up with Judy, hanging on to her later in the evening when the whiskey kicked in and everything began to spin. Once, when I returned from the ladies’ room, Judy had another man chatting her up. I don’t know where he came from, but he wasn’t sitting near us. I had no idea she was such a dude magnet! I told ya, she’s a hoot to travel with. I’m glad we made some fun memories and met some great people along the way. If anybody down London (KY) way recognizes this couple behind us, tell ’em we said howdy.

“I found it is the small everyday deeds of ordinary folk that keep the darkness...

“When you begin to worry, go find something to do. Get busy being a blessing...

“What is forgiveness? Sufi replied: It’s the fragrance flowers give when they are crushed.” ~... 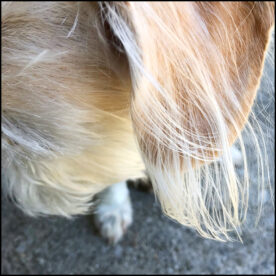 “The way we are living, timorous or bold, will have been our life.” ~ Seamus...

“We regret to inform you that there’s no better time than the present.” ~ Nein...

“There are no failures. Just experiences and your reactions to them.” ~ Tom Krause Tonight,...