Pete Poggione, Sean Tarter and I had a blues band in the mid 1990’s. Actually, we had two. First there was U.S. 27. It featured a killer guitar combo with Poggione and Jay Goldenberg. We recorded a few songs no one ever heard. Exit Jay, enter vocalist Sylvia Walters, a name change to La Vida Loca, and we carried on with a slightly different set list, but no less passion. We did one live recording with Duane Adams from Neurotic Studios at the Wayside Christian Mission in Louisville, April 22, 1995. Pete has put three of these live tracks on YouTube (below, all photos by Kevin Johnson). These bands took my drumming to a whole new level. I always say they’re the best bands I ever played with that no one has ever heard of.

Bliss McCain (Angie Bliss and Bruce McCain) hail from Tahlequah, Oklahoma and Fayetteville, Arkansas respectively. The self titled CD was their second. The “enablers”, as they affectionaltely called us, included Sean “Juan” Tarter (La Vida Loca and U.S. 27), Kiya Heartwood and Miriam Davidson of Wishing Chair, and yours truly.

Bliss McCain’s first collection of quirky, catchy pop-country-punk-twang songs, Path, was released in 1996, but only as a cassette. It was also released under the name Tangled Roots, and they’d have gladly kept the name had they not discovered someone else was using it! Sean Tarter and I made up the rhythm section for Path. We recorded in New Richmond, Ohio at Neurotica Studios with Duane Adams, and the biggest cat on the planet, named Norman. It was during the making of Path that I first met eventually-to-be-ex-Wishing Chair guitarist Eric Chapman.

Originally an acoustic duo, Bliss McCain’s rock-n-roll bones started itching for a full time band after this self-titled record. Enter ex-Stealin Horses bassman Steve Kirkpatrick and drummer Mick Thomas (who, incidentally, filled my shoes for the final SH tour in 1992. Yes, you may now sing a round of It’s A Small World After All). This strong foursome produced a couple of CDs, and their last, Another Lonely Night in 2004, was a plethora of material of Bliss McCain including Walk The Wire from Path. In addition to myself, Sean Tarter, Eric Chapman, and me, tracks on Another Lonely Night also include performances by Jeff Parker and Jim Blair.

Kelly Richey and I go way back. Though neither of us ever set out to record together during her solo career, I somehow ended up on three of her CDs starting anyway, starting with Sister’s Got A Problem, her first solo recording. I played percussion on a few tracks while Terry Williamson and Shawn Wells filled out the band. 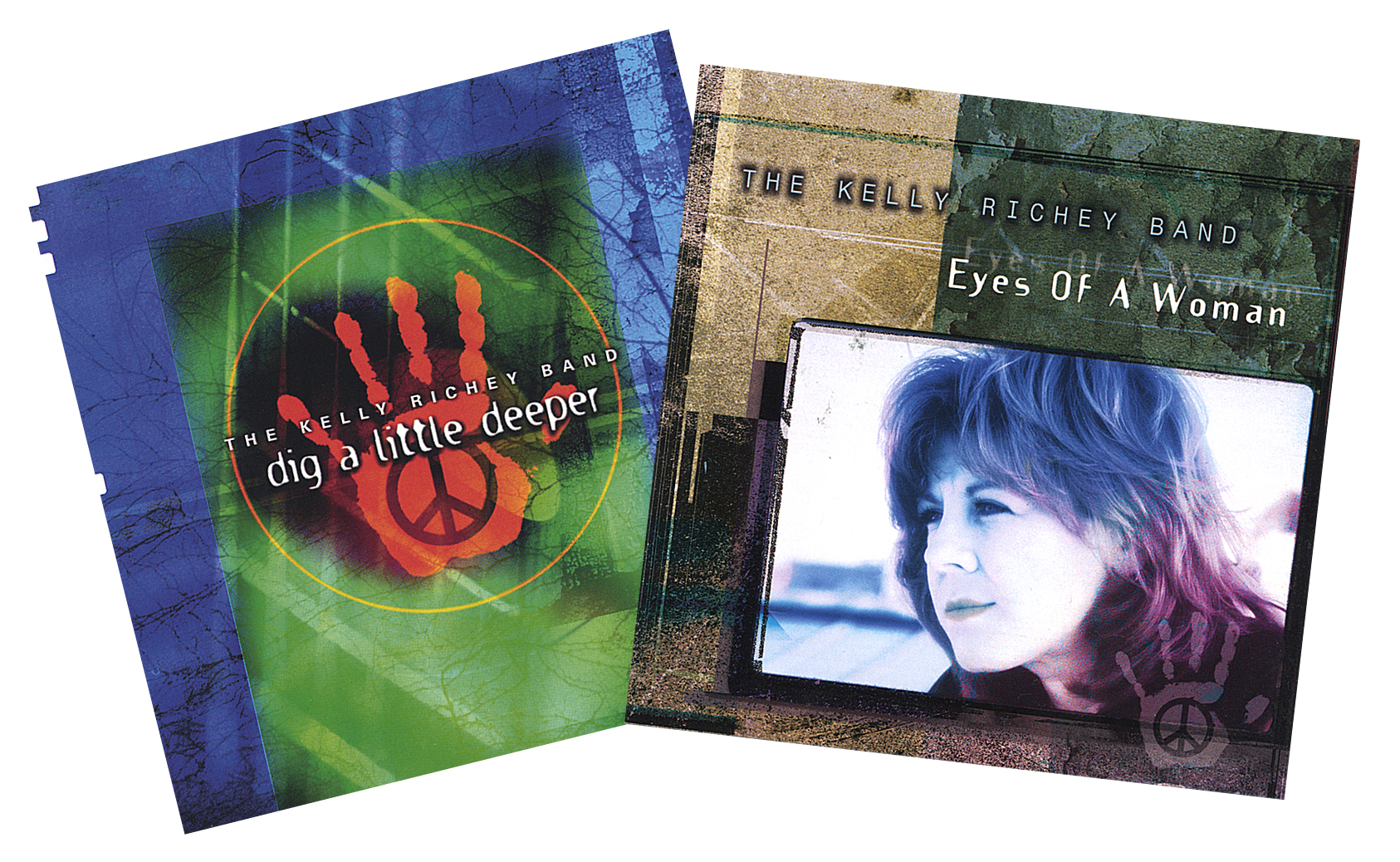 Then, one day while listening to a local station, a very familiar song came on. I recognize Kelly’s voice but there is something else familiar about the track …a few bars and I realized it was me! The title track from 1997’s Eyes Of A Woman had been a session I thought dead and gone. I’m not entirely sure why she kept it, but I’m glad she did. It also featured former KRB bassist Terry Williamson as well as pianist Keith Hubbard. Again, a record that came to life at Neuotica Studios with Duane Adams. Former bandmate from U.S. 27, Jay Goldenberg, has writing credits on the disc as well. Other tracks feature performances by Rusty Ends, Jim Baugher, Gene Wickliffe, David Barrickman, Tanita Gaines, Robbie Bartlett and Jim Rosen (R.I.P. 1997), and horns courtesy Kenny Bechtloff, Gary Hicks, and Tom Jolly.

Kelly and I worked together again in 1999 on Dig A Little Deeper. This time the record featured KRB’s Terry Williamson and drummer Eric Mayleben. Richey called on pal Kiya Heartwood to play and produce. Heartwood enlisted Wishing Chair’s Miriam Davidson, Reel World String Band’s Sharon Ruble, pianist Keith Hubbard, and a beavy of percussionists including Tripp Bratton and me.