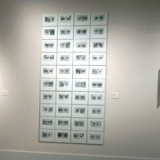 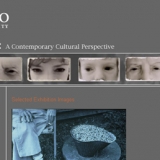 Artist’s Statement: Behind the Outside

I’ve been judged because of where I’m from; classified by the stereotype that preceded me and little else. The Appalachia of the new millennium is not the Appalachia of the last century; a time when WPA photographs were somewhat honest and The War on Poverty was necessary. No help was Hollywood or the Beverly Hillbillies, entertaining as they are. Both made a lasting impression the world over, not an altogether positive impression at that. While most stereotypes stem from a grain of truth, the still popular belief that Appalachians are poor, uneducated, worthless, fatalistic, and inbred, among others, just isn’t true.

Published in 1998, deliberately posed, unflattering photographs (the itinerant photographer shall remain nameless) of impoverished Eastern Kentuckians reminded me that shock value remains provocative and much more sellable than truth. Generalized fallacies like this used in the name of art are still lies despite the artist’s intent, however ‘good’ it may be. Such imagery serves to immortilize a narrow, inconsiderate agenda which, ultimately, all Appalachians pay for whether we’re conscious of it or not. In other words, the pictures pissed me off!

Behind the Outside is a very personal and intimate series of photographs made in response to my discontent with this misaligned idea of who Appalachians really are. In many ways, the series is analogous to every person who has ever been unfairly judged; black or white, straight or gay, Athiest or Christian, fat or skinny, tall or short, the list goes on. The smallness of the photographs (less than 5″x7″ physical diminsions; their impact somewhat lost in this digital gallery) encourage intimacy between the subject and viewer by offering the one physical feature, in my opinion, that proffers the deepest insight into any being: their eyes. The only known facts are approximate age, skin color, and, in most cases, gender. Beyond that, their truths are adorned only by the prejudices the viewer brings to them.

The series features individuals from the Appalachian foothills of Morgan County, Kentucky where I was born and raised; specifically men, women, and children who touched my life in some way. Ironically, there were no people of color or diverse ethnic background living in Morgan County as I grew up. As the coal seams were drained, so was the county’s diverse population, and by the time I came along in the 1960’s, all that remained was the mixed decendants of European and Native American stock that first settled the hills. Of this I am reminded; ‘Their truths are adorned only by the prejudices the viewer brings to them.’