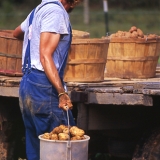 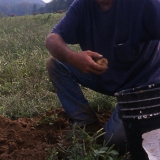 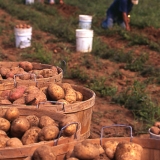 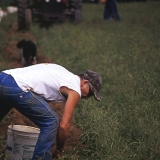 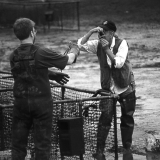 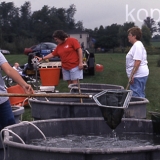 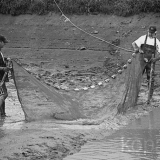 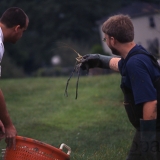 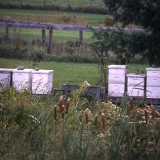 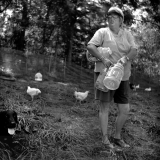 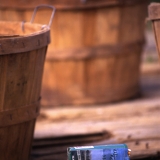 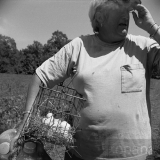 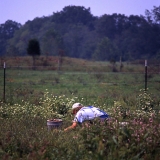 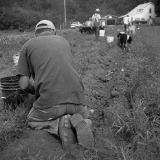 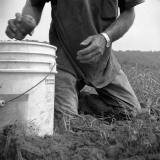 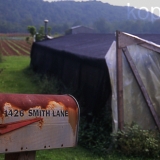 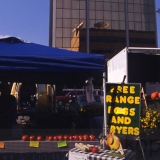 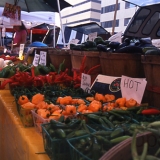 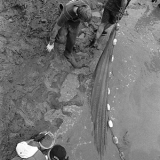 Diversity Farming looks at farmers diversifying and/or otherwise migrating their tobacco producing farms to other, more sustainable and profitable crops. It was my first collaboration with another artist, Jenrose Fitzgerald. Jenrose is a gifted singer/songwriter from Louisville who crafted a CD’s worth of original material on the same theme. Together, we presented an evening of sight and song at the Carnegie Center for Literacy and Learning in the summer of 2005. The project was funded by the Kentucky Arts Council’s Art Builds Community grant (no longer in existence).

The series marked a departure from my self-imposed strict black and white creation. The color photographs were shot using Fujichrome Velvia 50, some of which were then used as Polaroid transfer images (one one is represented here). Of course, I didn’t abandon black and white entirely, nor did I abandon my crappy twin lens Lubitel, but I did not print any of the black and white images. Instead, they were poorly scanned (yes, I admit it) from the negatives.