Sitting catercorner to the Lyric Theater is the Old Episcopal Burying Ground. In the 1990’s, one of the many jobs I had was that of landscaper. The backyard of one yard I worked on quite a bit sat adjacent to the OEBG. Only occasionally would I see the groundskeeper, or someone I assumed was the groundskeeper, come and go from the house. I’ve always wanted to go in and look around, especially inside the house. It was originally built as a chapel around 1867, but Christ Church bought the land as a burial plot for their parishioners in 1832. It proved fortuitous when, the following year, there was a major cholera outbreak in Lexington and a third of the church’s congregation died as a result. Many a prominent Lexingtonian and Christ Church parishioner is buried here (not all from cholera, just to be clear). It’s not open to the public. I was just lucky enough to walk by when the groundskeeper opened the gates for two minutes. But they will give private tours. I can see that in my near future for sure. 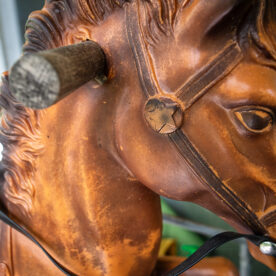 “Happiness is not readymade. It comes from your own actions.” ~ Dalai Lama

“Buddha kindness should become the natural way of life, not the exception.” ~ Gautama Buddha...

“Be yourself. People do not have to like you and you don’t have to care.”... 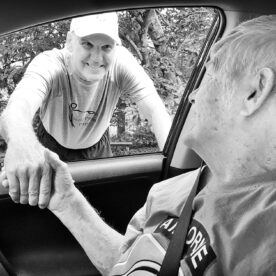 “Around us, life bursts with miracles, a glass of water, a ray of sunshine, a...