“Yesterday is not ours to recover, but tomorrow is ours to win or lose.” ~ Lyndon B. Johnson

I watched a young girl walk between the tables. She had recognizable features. I was busy with people at my table, but every once in a while, I would catch a glimpse of her weaving in and out of the crowd; so familiar. There was a lull in shopping, so I got up my nerve to approach her. “Are you Victoria?” I asked. She looked slightly puzzled, but kind, and replied, “Victorianna.” I could tell it was a common mistake, like calling me Terry (I know that tone well). “Oh,” I said, not having the good grace to apologize for getting it wrong. “I’m Kopana.” Suddenly, her face lit up like a Christmas tree. She knew who I was (sweet anxiety relief). Her full name is Katherine English Victorianna Harmon. For some unbeknownst reason I really want to call her Victorianna, though she goes by Katherine. She is the daughter of one of my oldest friends, Lana Scott Franklin Harmon. Just a few months younger than me, Lana was born with Progeria (or a form of it, I’m not 100% on this). As a little girl I remember my mother explaining that the disease would prevent Lana from living into our teenage years. That was a hard thing to comprehend as a kid, and I remember everyone being very disturbed by it. Everyone that is except Lana. She never seemed to let it get her down, and she never let it stop her from being as active and involved as she wanted to be. By the time we got to high school, having already outlived expectations, Lana was a normal kid like the rest of us; prone to acne and high school cliques, invincible and ready for the world. She wanted to be a model. She was tall and lean with Katherine Hepburn chiseled features. I believe she did some modeling after we graduated.

I don’t remember when she had Victorianna because I was touring or back in school or both, but I remember the last time I saw Lana. She was at Markey Cancer Center, her battle with colon cancer soon to be lost. Greg Gross and I went to see her. I thought it mean, this predicament she was in. She had beaten all the odds, and yet there she was, barely 32 years old with a young daughter and handsome husband, her whole life just waiting for her, but instead she was dying of something completely unexpected and horrible. It seemed wholly unfair. Avoiding the elephant in the room, we talked instead about music and school and nursing and kids, but not for long because she tired quickly. I remarked about how I felt unsuccessful. In hindsight it seems a selfish thing to say. But in typical Lana optimism she turned to me and said, “Just keep climbing the hill. You’ll get there.” More than once in the last 20 years I’ve heard her say to me, “Just keep climbing the hill. You’ll get there.” And now, here was Lana’s only child smiling at me. I stood in awe of her, mostly speechless. In her eyes and her smile, I saw Lana as alive as when we were those small town girls so many years ago. Victorianna allowed me to take her picture, and when I asked to have a photo of her with her dad, she glowed with pride, and rightfully so. Lana married a good man in Phillip Harmon. I am honored to have grown up alongside Lana and her family. What a blessing to finally meet the daughter she loved so much. People never really die.

“Kindness can become its own motive. We are made kind by being kind.” ~ Eric...

“Do not become a stranger to yourself by blending in with everyone else.” ~ Unknown...

“You’re always you, and that don’t change, and you’re always changing, and there’s nothing you... 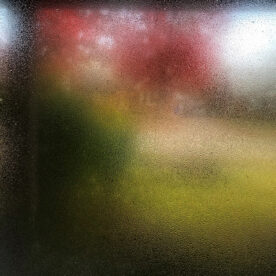 “Don’t underestimate the value of Doing Nothing, of just going along, listening to all the...