“Optimist: Someone who figures taking a step backward after taking a step forward is not a disaster, it’s more like a cha cha.” ~ Unknown

As far as I know my grandmother Adams never Cha Cha’ed. At the very least she would never confess to it if she had. However, she was the eternal optimist. I try to follow her example. For instance, over the last year I discovered I was missing three very important things. Initially, this was, of course, upsetting, but I’ve learned that, if I’m patient, these things will show up eventually. In the last three weeks, the three things I’d lost made their way back to me. These pictures from Mamaw’s 97th birthday in 2009 was one of those things. I found them today.

How on Earth, you ask, could I lose such valuable photos? A few years ago I ran out of external hard drive space. In preparing another drive, somehow this series of photos didn’t migrate, though I didn’t realize it until September of this year. Now, two years of the outhouse and 31,000+ images later, I am, once again, short of storage. On the surface this may seem like a bad thing. However, it forced me to prepare for another organizing migration, and do a better job of it this time. Lo and behold, buried deep in the bowels of a Time Machine backup from 2010 (thank you Apple for being SO dang smart), I found the AWOL birthday photos along with several other directories that, for whatever reason, didn’t migrate the first time. I knew they would surface. It was just a matter of time. Of course, I am SO incredibly fortunate, and (pats self on back) smart to always, always, always keep a backup of everything born digital).

How do you make lemonade from lemons? I hardly call this find a lemon, but my poor organizational skills certainly qualify. Over the last six years I’ve basically thrown stuff hither and yon (virtually and physically), saying, “I’ll get to that later.” I believe 2014 is ‘later’. Plus, this post is a good warm up for the 2014 outhouse. I’ve been thinking a lot about what to do in this upcoming third year. There are a good many days when shooting a single photo has felt like a chore of uninspired, and uninspiring, photos. Meanwhile, I’m sitting on images that tell really good stories. Take Mamaw on the phone for example. More times than I can count, I’ve walked in to find her sitting beside the front door, talking on the phone to one of her many friends or sisters. She was incredibly soft spoken, with a laugh as fluffy as down, and she would sometimes cup her hand around the mouthpiece as if to amplify her words. She loved to talk and she loved to laugh. She could do both with the greatest of ease. I think the only thing she loved more than talking was reading her bible or testifying. Eventually, her eyes wouldn’t allow much reading, but her mouth worked just fine.

Let Mamaw’s 97th birthday be a warm-up of things to come in 2014. I will, of course, continue to hone my photographic skills, look for the beauty in every day, and be as thankful and grateful as a woman can be. I sure appreciate ya’ll walking this journey with me. It’s been an enriching two years for me, and I hope I’ve enriched your lives in some small way. We’ve got one more day in 2013. Let’s make it a great one! 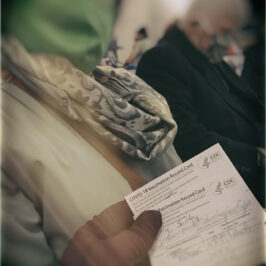 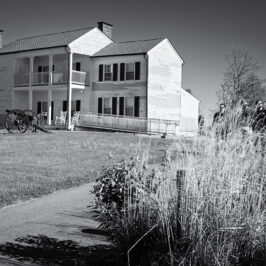 “Friends, hear me now: live every day, love each other, relish every meal & glass...