“When you observe rather than react, you reclaim your power.” ~ Denise Linn

Mom and dad have a little Jack Russell named Scrappy whom you’ve met many times. They got him in October 2015, less than a year after I’d gotten Wally. He’d been mistreated before becoming a graduate of a dog rehab program with prisoners at EKCC. Mom got him for dad who’d lost two beloved dogs in quick secession. But Scrappy took up with mom. She felt guilty. Then they moved down here next to me where Wally took up with dad, then Scrappy took up with dad. Now, Scrappy takes turn about between mom and dad and he hates all delivery people equally. However, he and Wally are BFFs, and for some reason, he loves me. He will often come to the back door and bark until I say hi. He doesn’t want to come in. He just wants me to open the door and say hi. It has become his job. We all need to be needed.

“For true happiness to arise, compassion is necessary.” ~ Dzogchen Ponlop R.   You first... 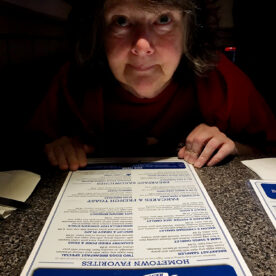 “The comeback is always stronger than the setback.” ~ Unknown My consolation prize for missing...

“Love your people. Tell them how much they mean to you. Life can wear them... 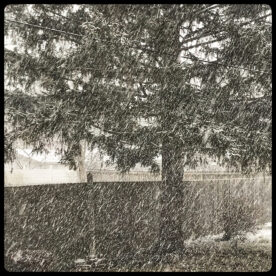 “An empty lantern provides no light. Self-care is the fuel that allows your light to...

“If more of us valued food and cheer and song above hoarded gold, it would...

“Go forward in life with a twinkle in your eye and a smile on your...