“Don’t worry about failures, worry about the chances you miss when you don’t even try.”
~ Jack Canfield

As I mentioned yesterday, I was tasked with photographing the wedding of my Aunt Charlene and, now, Uncle Tony. I wondered how I could do it and still be part of the ceremony, too. You see, all of Charlene’s nieces and nephews who were present (along with their spouses) were to line the aisle (a path cut in the hay field) to the wedding arch (also in the hay field) as she was escorted in by cousin Missy and Uncle Greg. Being one of the oldest put me at the front of line. So, as Charlene began her procession, I stepped into the aisle and did a selfie. I had a unique angle, so why not take advantage of it? Besides, it’s the kind of shot you’d expect from me in this situation, and that’s why Charlene wanted me to do the wedding. I’m not your usual wedding photographer. What’s funny about that is, when I got home and began to look at the photos, I found that Crystal had channeled my style throughout the day. It’s usually the other way around. By 3 a.m. I was giggling like a kid at her over-their-heads-punchbowl shots that sometimes had no one in the shot at all. My day, and the wedding photos, wouldn’t be half what they are if Crystal hadn’t helped me. There’s no way I could have done a 45 minute ceremony alone even if I hadn’t been in the party. There’s not enough money in the world or thanks in the universe to adequately convey how grateful I am for her. I owe her big time. Plus, she’s now an honorary cousin/niece.

“Give thanks for unknown blessings already on their way.” ~ Native American Blessing    ... 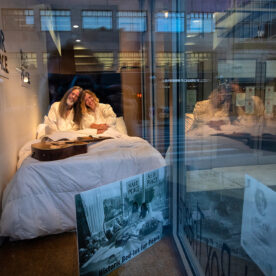 “There are some things know for certain: Always throw spilled salt over your left... 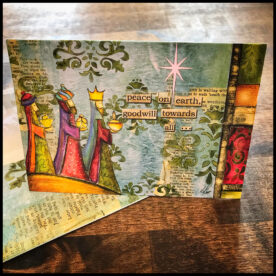 “A bit of fragrance always clings to the hand that gives roses.” ~ Chinese proverb  ...