“Do what is right for you. No one else is walking in your shoes.” ~ Unknown

Richard and Kim taught Stacy and I a lot of history about the Seymour, Indiana area. There are quite a few successful people from Seymour, but Richard and Kim were most excited to tell us about the Reno Brothers, or the Reno Gang as they are more widely known. The four brothers and one sister grew up in a tiny spot called Rockford, just a stone’s throw from Seymour’s city centre. Three of the four brothers began their thieving ways before the Civil War (the sister had a bit of the bad bug as well). They gained reputations quickly, ripping off just about everyone that passed through the county in one way or another. It was in 1866 that their most famous robbery took place. They boarded a passenger train in Seymour. After the train got underway, they robbed the passengers of thousands, then jumped off. It was the first robbery of its kind in America. It was two years before the brothers were finally jailed for this and other bad deeds. Vigilantes couldn’t wait for justice to take its course. They broke the brothers out of jail and hanged them one by one at Hangman’s Crossing just south of Seymour. The Reno Brothers are buried in the Seymour town cemetery; a black iron fence demarcating their final resting places. They say the sister afterward straightened up, married, and led a respectable life. I found Seymour’s history a most pleasant surprise. It is the quintessential American small town with more than its share of American lore. I look forward to visiting again.

“The goal of life is to make your heartbeat match the beat of the universe,... 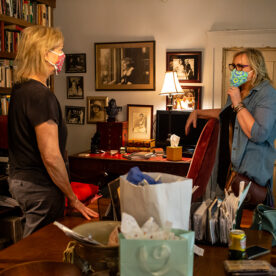 “Reminds me of spiritual emphasis that what we see is fleeting–but, what is invisible-is eternal!...

“The butterfly does not look back at the caterpillar in shame, just as you should... 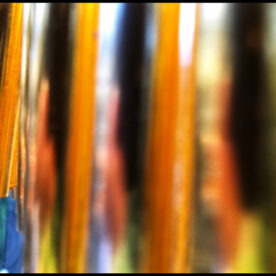 “It’s okay to lose yourself for a little while. In books. In music. In art.... 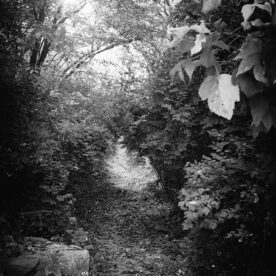 “Sometimes letting things go is an act of far greater power than defending or hanging...