“Every saint has a past. Every sinner has a future.” ~ Oscar Wilde

The Ides of March is known for its turbulent past. On this year’s Ides of March I had the pleasure of delivering a van-load of historic newspapers to one of Kentucky’s best journalistic efforts, the Mountain Eagle in Whitesburg. It snowed in Eastern KY last night, making the morning drive beautiful, albeit frigid. Judy Sackett, our ever faithful tour guide, recommended we make the delivery together with Jeff Suchanek who had an oral history interview to conduct in Pikeville. The three of us loaded up long before dawn and hit the salty trail. We neared the Hazel Green exit on the Mountain Parkway when Jeff suddenly pulled over. He loves the view of this bridge so much that he really, really, really wanted a photo of it. The bridge is set at a wonderful angle against the silhouette hills. I’ve always enjoyed the view, too, and I was happy to learn I wasn’t alone in my affection. Jeff also pulled over in Salyersville at the Knucklehead Grill. He thinks it’s hilarious, though he was very disappointed to learn that they only do karaoke on Fridays. We saw a lot of funny, beautiful, thought provoking people and things today. If the Ides of March are always like this, I’d be alright with that.

“Place your hand over your heart. Feel that? That’s called purpose. You’re alive for a...

“Love is the strongest medicine. It is more powerful than electricity.” ~ Maharajji    ... 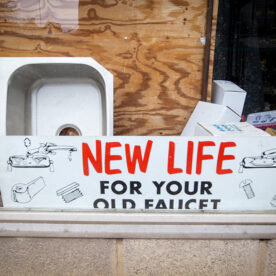 “May we raise children who love the unloved things – the dandelion, the worms &...

“Your diet is not only what you eat. It’s what you watch, what you listen... 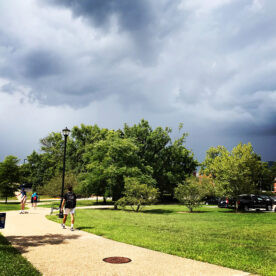 “Be kind today… Show someone patience. Show someone tolerance. Forgive someone. Show understanding. Remember that...