“No one has ever become poor by giving.” ~ Anne Frank

A broken piece of wood floor and a lump of coal are all that remains of Mamaw’s 90+ year old house. One year ago today, just after 6PM, the house was destroyed by an F3 tornado along with most of my tiny mountain hometown of West Liberty, KY. Mamaw’s house could have survived the winds had it not been for the white pines on the hill. Yet, as nightmarish as it is to lose the family home, we gained so much more. Aunt Janet was inside the house, sitting in her blue recliner (below, right). Just 10 minutes before the twister hit, my mother called her, and told her get to the bathroom. She did, and she’s alive today to see the house rebuilt by the good people of Habitat for Humanity. I grieve for that house like I grieve for my grandmother, but I give thanks far more that Janet’s life was spared. Nothing can touch our memories, or the bottomless compassion that we’ve been shown along the way. True love is indestructible.

“There is not one blade of grass, there is no color in this world that...

“May your troubles be less and your blessings more, and nothing but happiness come through...

“Humility is not thinking less of yourself, it’s thinking of yourself less.” ~ Rick Warren... 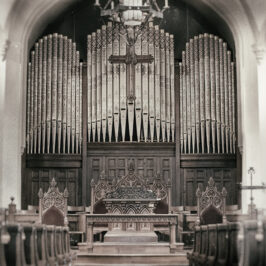 “Love is unstoppable. It seeps into our words and our actions in a thousand ways....

“Wherever you go, may people always recognize that you have a beautiful heart.” ~ Blessing...