The thing I have dreaded about going back to graduate school is the enormous volume of reading that would be required. I was not wrong about that. Since 8am I have gotten my nose out of a book or screen long enough to attend 45 minutes of church and 45 minutes for supper with my parents. Oh, and there was a neighbor who knocked on my door wondering if Wally was loose (he was not, but apparently his twin had escaped to said neighbor’s yard). It’s nearly 8pm now and I am exhausted, and this doesn’t take into account the three hours of reading I did last night! I love learning but I also love moderation. Plus, post-menopause brain is not nearly as pliable as it used to be, and everything takes twice as long to sink in. On the plus side, I’m virtually hanging with a lot of really great folks around campus who are introducing me to some spectacular events, like last week’s inaugural speaker for the newly minted Commonwealth Institute for Black Studies, Dr. Louis Henry Gates, Jr. If you don’t know who he is, in brief, Gates is a Harvard professor, historian, writer, and filmmaker among many other things, and you may be most familiar with him as creator and host of Finding Your Roots on PBS (You can stream a couple seasons on Hulu or Amazon I think). He’s a straight shooter, doesn’t pull many punches, smart as can be, and always brings into the light some bit of our history that’s been left under the rocks for far too long. I don’t think we could have found seating for the 750 people in attendance, so as weird as zoom speeches can be, it ensured everyone got a seat, and I was glad to have one of them. Now, if you’ll excuse me, I’m stepping away from this machine and watching some mindless TV until I’m snoring.

“I like the kind of people who get excited over the stars at night.” ~...

“You have power over your mind – not outside events. Realize this, and you will...

“If you make friends with yourself you’ll never be alone.” ~ Unknown I’ve always wanted... 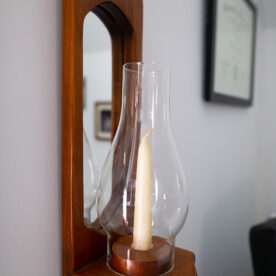 “A little more kindness. A little less judgement.” ~ Unknown I made this in seventh...