“Courage is knowing it might hurt, and doing it anyway. Stupidity is the same. That’s why life is hard.” ~ Jeremy Goldberg

This is one of the best pictures I’ve ever seen of my mother. It’s hard to catch her being natural, but catch her I did when we stopped yesterday to photograph the covered bridge. She was enamored with the gorgeous purple wildflowers growing near the road. By the time I got to her, she was trying to pull a bunch up by the roots to replant them at home. She thought better of it when they didn’t pull up with ease. They quickly turn to be a lot more trouble than they were worth. (If anyone knows what they are, tell me!) Even without the flowers we had a great Mother’s Day weekend.

The whole day was such a great time. We all slept late, then took to the roads for nearly eight hours. We ended our day by celebrating all-in-one Janet’s birthday (Monday the 13th) and Mother’s Day (today). She loves anything with peanut butter, so we snagged an incredible peanut butter pie from the Amish Store in Flemingsburg. The four of us ate the entire pie! It was a 9″ pie mind you. Despite how Janet looks in the pictures, she really did have a great time. She’s gotten so she doesn’t like the camera. Really, she never did, though she has humored me a great deal over the decades. One advantage to aging is that you no longer feel compelled to humor anyone, not even your niece. Meanwhile, Dad has taken to photo-bombing as he’s aged (see below). We ended our night by attending church service with Janet. Local preachers take turn about holding service every night for the residents, and we finished our pie just in time to join in. It was a… spirited service. We left feeling thankful to enjoy one another’s company for another Mother’s Day/Birthday celebration, and it’s always a blessing to spend time with Janet. 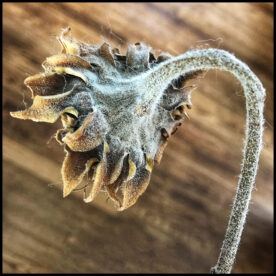 May the nourishment of the earth be yours, May the clarity of light be yours,...

“May you be at peace. May your heart remain open. May you awaken to the...

“Our time here is magic! It’s the only space you have to realize whatever it...

“Forget all the reasons why it won’t work and believe the one reason why it...

“Happiness is not a matter of intensity but of balance, order, rhythm and harmony.” ~...