“Do your thing and don’t care if they like it.” ~ Tina Fey

Instead of cleaning as I have done for the past three Saturdays, I chose to rest and engage in something more fun. What fun, you ask? I’ve been researching the restoration of my 1968 Ludwig kit. Just after we’d returned from Tucson in 1979, my grandmother Adams bought the 4-piece set from Steve Keller so I could play in church. And play I did! I played them in church and secular locales until the hardware fell apart in 1985. Quite literally the pedals and cymbal stands fell to pieces in the middle of a gig at The Electric Banana in Pittsburgh. It was memorable to say the least. I promptly bought my road-ready Yamahas and put the Ludwig shells to bed. After I waved goodbye to Mike and the Gretsche kit last week I started reconstructing my setup. That’s when I pulled the Ludwig shells from the mothballs and considered restoration. These are vintage Ludwig. Inside the shell is stamped May 1968, though the classic keystone badges – with serial numbers – suggest they were born in 1969. Either way, they’re nearly as vintage as I am. The shells are three-ply maple/poplar/maple wrapped in Black Diamond finish, which you don’t find every often. These are the same era drums Ringo played in The Beatles, though his earliest set would have been mahogany/poplar/mahogany, and his Black Oyster finish was a much more popular finish, as you can imagine. I watched this great video about the Ludwig Factory if you’re interested. That’s it then. I’ve just convinced myself to restore my babies and enjoy them. They never stopped sounding great. Ever. They have such a warm, full sound that I’ve been a bad girl not restoring them sooner. Stay tuned – so to speak. Great things are coming!

“One day I just woke up and realized that I can’t touch yesterday. So why... 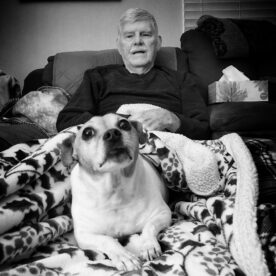 “When you observe rather than react, you reclaim your power.” ~ Denise Linn Mom and...

“When I wake up in the morning and look in the mirror, I’m looking at...

“The only expectations you should live up to are the ones you expect of yourself.”... 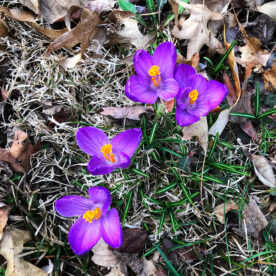 “You always pass failure on the way to success.” ~ Mickey Rooney Like the crocus...

“The best things in life are the people you love, the places you go, and...