“Don’t quit. Never give up trying to build the world you can see, even if others can’t see it. Listen to your drum and your drum only. It’s the one that makes the sweetest sound.” ~ Simon Sinek

The first changing of the guard was underway when we approached the Tomb of the Unknown Soldier. The closer we got, the more the shortest soldier stood out to me. “That’s a woman,” I exclaimed.  “Where?” mom asked. “There,” I pointed. “The soldier! That’s a woman!” She is Staff Sergeant Ruth Hanks, one of only four female Honor Guard Sentinel soldiers at the tomb since 1996. As the Commander of the Relief, SSG Hanks gives the orders the other soldiers follow during the changing of the guard, which you can see here, and she leads civilians and veterans in symbolic laying of wreaths at the tomb, which she did for our Honor Flight. To say she was incredible would be an understatement. The Honor Guard Sentinels are extraordinary in their dedication and discipline. The tomb has been guarded 24/7 in every kind of weather since 1937. A guard must be a minimum of 5’8″, which gives you some idea of how tall SSG Hanks’ male counterpart is. All of the Honor Guards are intense, and perfect beyond belief, but there was something incredibly moving, empowering, in seeing a woman do the job. I think they pulled out all the bad ass stops for our Honor Flight. SSG Hanks is a credit to the uniform, the gender, and the U.S.

“The only disability in life is a bad attitude.” ~ Unknown There’s insane concrete repair... 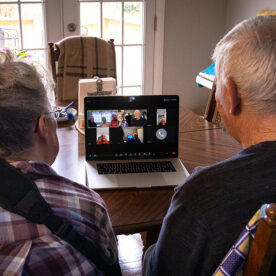 “We can only be said to be alive in those moments when our hearts are...

“At times our own light goes out and is rekindled by a spark from another... 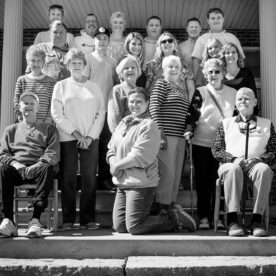 “You get what you focus on, so focus on what you want.” ~ Unknown Family...

“The truth of the matter is that you always know the right thing to do....

“The best remedy for those who are afraid, lonely or unhappy is to go outside,...