“When it feels scary to jump that’s exactly when you jump, otherwise you end of staying in the same place your whole life.” ~ Unknown

My week of research continued today, and I had assistants. Stacy and I met Deb at Whitehall where we were treated to a fabulous tour. For those unfamiliar with Whitehall, it is in Madison County, just south of Lexington. It was the home of Cassius M. Clay, Kentucky Statesman and Ambassador to Russia under Lincoln, not Muhammed Ali (different Cassius Clay). Clay’s father, Green, was a surveyor who trekked into Kentucky with Daniel Boone and settled Booneborough on the Kentucky River just eight miles from Whitehall. Green then amassed enough land to fill seven Kentucky Counties with Whitehall becoming the hub of his empire. In Kentucky, Green Clay was the wealthiest of men, amassing upward of 40,000 acres, millions of dollars, and over 100 enslaved people. When he died he willed out his fortune and property, leaving the hub of the estate and 2,250 acres to his son Cassius. Meanwhile, Cassius, before becoming ambassador, was an abolitionist in pro-slavery Kentucky and somewhat of a rebel rouser, starting an emancipationist newspaper in Lexington called the True American (the historical essay written by yours truly). The house I’m assessing for class is within four miles of Whitehall. It is very likely that the land it sits on, if not the house itself, was part of the Whitehall plantation. My goal this week is to prove, or disprove, that theory, and to trace the lineage of the land and house. Houses in urban areas aren’t too hard to trace, but rural vernacular houses like what I’m doing are tough, tough, tough. I’ve already gone as far back as the deeds will go. Now it’s all about maps, plats, and warrants. I love a good mystery.

“Fill your heart with what’s important and be done with all the rest.” ~ Unknown...

“You are the answer to somebody’s prayer.” Mary Carroll-Hackett     Another variety of ornamental...

“The law of harvest is to reap more than you sow. Sow an act, and... 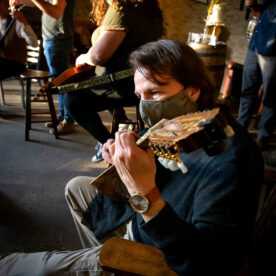 “The most important thing is to try and inspire people so that they can be...