“May you be at peace.
May your heart remain open.
May you awaken to the light of your own true nature.
May you be healed.
May you be a source of healing for all beings.”
~ Unknown

Staying with the Clooney theme from yesterday, the Rental Sisters and I made our way to a wonderful riverfront house in Augusta, the former home of Rosemary Clooney. She is one of Kentucky’s finest exports. Until George came along she was the most famous of the Clooney Clan and rightfully so. Her voice was simply transcendent. Still is, actually. She lived in Beverly Hills of course, but she eventually returned to her home town of Augusta. As the adorable tour guide below told us, Rosemary called her brother Nick and asked for help in finding the right home to buy. This house was flagged for demolition when Rosemary swooped in and saved it. It’s so close to the river that it has flooded several times (you can see it in the last photo from Friday’s post), but they always do a good job putting it back together. Today, it’s owned by former Miss America, another Augusta native, Heather French Henry (also the wife of former Lt. Governor Steve Henry). The house is filled with memorabilia from Rosemary’s career – from the hit songs to the hit movies. Naturally, one room is devoted to White Christmas. One of the fans from the Sisters routine may have been a highlight for me. Bing and his baby blues in pseudo-drag waving that fan just tickles me every time. The tour starts in what used to be the dining room and it’s here that they display a really interesting Clooney family tree – an incredibly talented family – and some George memorabilia as well (note the football uniform behind Pam). It was a delightful tour and I was really pleased to see how nice they’ve kept it. Augusta sure has a lot to be proud of. 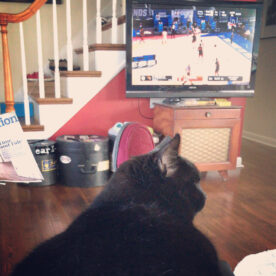 “Every time we walk with calm and ease, or we smile and release the tension...

“Today I choose life. Every morning when I wake up I can choose joy, happiness,... 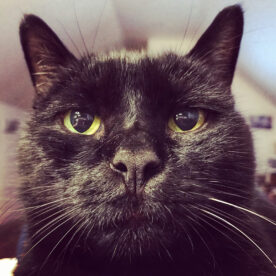 “One of the best lessons you can learn in life is to master how to... 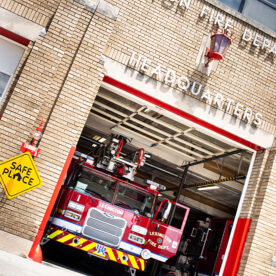 “Perhaps the most “spiritual” thing any of us can do is simply to look through...

“It’s fully in your hands whether you stay stuck or move forward.” ~ Dr Anastasia...

“Be an example. Show kindness to unkind people. Forgive people who don’t deserve it. Love...