“The most important thing is to look ahead. The past is your anchor.” ~ Maxime Lagacé

I’ve walked past the Terrill Civil Engineering building a billion times over the last 20 years but I never really looked at until Thursday. I knew it was home to UK’s award winning solar car – Gato del Sol – but with the building itself nestled between a forest of mature trees and crowded by more cars than a bad dealership, its architectural details were lost to me. However, with inspired eyes on Thursday, I noticed design similarities with the now deceased Wenner-Gren Aeronautical Building that I managed to badly photograph way back in 2013 before it was torn down. Those similarities were no mistake. Both buildings, and a host of others across UK’s campus, were designed by architect Ernst Johnson in the early 1940’s. The demolition of the Wenner-Gren building was not a popular move by the University, and it was not the only Johnson design to meet the wrecking ball during that period of growth. It’s entirely possible the University one day, sooner than later I’m afraid, will decide the same fate should befall Terrill and its nearby sister buildings. But if the historical relevance of the Wenner-Gren building couldn’t compel the powers that be to leave it standing, there’s little hope for Terrill should they want the real estate. Until then, I will always see it with fresh appreciation and remain especially impressed that the brick porch ceiling hasn’t fallen on someone’s head.

“And the day came when the risk to remain tight in a bud was more...

“Look into your heart and be honest about all of the people in your past...

“A problem is a chance for you to do your best.” ~ Duke Ellington 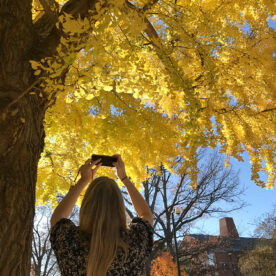 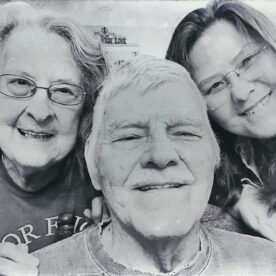