“Practice being positive and exceptional so much that you just can’t be negative and average ever again.” ~ Robin Sharma

These two exceptional people raised me to be an independent woman, to think for myself, to be passionate about my interests, to be fair to others and to treat them as I want to be treated. They raised me to work hard and to help those in need, to identify with the socially and economically challenged – the blue-collar and union workers who really make this world run – the folks who struggle day in and day out to live the American dream, or in some cases, just to live. Among other things, they taught me empathy.

It has been a tough week for two of my childhood schoolmates, Lisa Clevenger Fannin and Greg Daniel. They have each said goodbye to a beloved parent, both of whom held special places in my heart all these many years. Grim was the jump from one obituary tribute page to the other sending virtual condolences, hoping they’re received as sincerely as if I had paid my respects in person. Despite our advancing years, we still don’t seem old enough for this much loss. Such is the nature of middle age I suppose.

It has also been a tough day for Breonna Taylor’s family, Louisville, the Commonwealth of Kentucky, and the whole of the United States, especially our brethren of color. As I watched the evening news with my two heroes above, we had a meaningful conversation about their views on the Taylor situation. Judging people for the content of their character rather than the color of their skin, to paraphrase MLK, was a principle they used in my raising, and one that still holds true for us today.

It’s no secret that my parents love the United States of America and served her with distinction during their military careers. They took their oaths very seriously. They obey the law. They have gone above and beyond their civic duties to their communities, their families, their neighbors, and total strangers. They vote in every election no matter how small. They’re not fake patriots flying American flags off the back of a truck. They’re the real deal. We don’t always see eye to eye on politicians or policy, but the one thing we will always agree on is that the law and morality are not always one and the same. Today, we mourned in solidarity with Breonna Taylor’s family. What happened to her, then or now, wasn’t right.

I could not be more grateful to, and for, my parents today. I learn from them daily. They are truly good, honest, hard working, compassionate human beings, and I do not look forward to the day when I share the grief of my classmates. It has been a hard week for many. I pray for peace to soothe the hurting and grief-stricken. I pray for fair justice for every soul on this planet regardless of what they look like, where they are, or who they love. I pray the United States of America finds the character to grow out of these constant antiquated, racist, divisional wrongs.

“Stuff is just stuff. Don’t hold onto material objects, hold onto time and experiences instead.”... 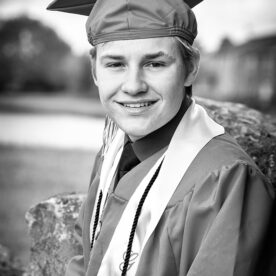 “You don’t get to choose how you’re going to die. Or when. You can only...

“Sometimes we look for those thunderous things to happen in our life for our lives...

“Sometimes the best thing you can do is not think, not wonder, not imagine, not...