Have you seen a cuter face? This is Jackson Bick aka Cincinnati Red. He’s the oldest grandson of rental-sister Pam Bick. He has been slow to warm-up to my camera, but in his defense, he’s not as used to seeing me as the rest of the family owing to his youth and all. Today, however, he began to ignore me because the Christmas presents were more fascinating, and I began to catch his smile. He may be one of the most sweet natured children I’ve ever met. He’s never fussy, or loud, or demanding. He’s quite patient, too, and curious without being hyper. Brett and Lisa Bick, Pam’s son and DIL, deserve huge gold stars for how awesome Jackson is turning out to be. And when he talks? My God, he’s got a voice that will melt your heart. He’s an absolute treasure, and I’m thankful to know him. 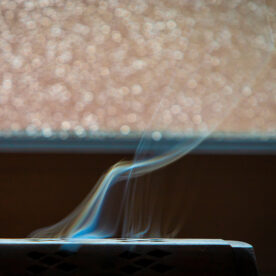 “Hate feeds no one’s children.” ~ Unknown I’ve been praying for a lot of things...

“Find a place inside where there’s joy, and the joy will burn out the pain.”...

“May the stars carry your sadness away; may the flowers fill your heart with beauty;...

“Hope is important because it can make the present moment less difficult to bear.”  ...