“We were created with skin tones in a beautiful variety, but our souls are all the same color.”
~ Vicki Vest Caskey

Dad and I took an incredible adventure for Father’s Day, albeit delayed. We visited most of the coal camps and towns where he grew up. Most of them were in Perry County, Kentucky. Dad and his oldest brother, Randolph, were born in the coal camp of Hardburly. Their father was also born there. Then, they lived in four different houses in a town not far away called Dwarf. Dad’s most dangerous years, according to him, were spent in a huge Blue Diamond coal camp known as Leatherwood. His mother called it “the end of the world.” His grandfather Adam Terry, or just “Ad” as he was called, owned most of Ball Creek near Knott County. Hal Rogers Parkway (Highway 80) now cuts a swath through it, so that Ad and his second wife are buried just feet from the Westbound lane. His first wife, dad’s grandmother, Elizabeth Jones Terry, is buried in Holliday cemetery high up on a hill in Ary, Kentucky. She died five days after he was born in October 1938. I wouldn’t trade the time I spent with dad for anything. I learned so much about him, and in turn, about myself.

“Don’t judge yourself by your past. You don’t live there anymore.” ~ Unknown This morning I...

“The depth of darkness to which you can descend and still live is an exact...

“In the blink of an eye everything can change. So, forgive often, and love with... 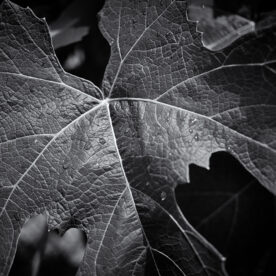 “Talking about our problems is our greatest addiction. Break the habit. Talk about your joys.”...

“You build on failure. You use it as a stepping stone. Close the door on...