“Anything that costs you your peace is too expensive.” ~ Unknown

The groom is not supposed to be at the wedding shower, but Connor Barnes is no ordinary groom, and this was no ordinary shower. The Barnes’ family don’t know the meaning of ordinary anything. It was a mostly all gal gig until the end when Connor arrived with his dad, Craig Barnes, flowers for his bride, and a smile that could light up Cincinnati. I don’t believe I’ve ever seen a guy walk into a situation like this with so much enthusiasm. He was genuinely happy to be there and everyone was genuinely happy to see him. I snapped the pic above and showed it to Connor’s bride-to-be, Corinne. She said it was them in a nutshell. There’s no mistaking how happy Connor and Corinne are together, and there’s no way you could be in their presence today and not come away with a full heart. I did, and I’m pretty sure everybody else did, too. The wedding’s in May (same day as Prince Harry and Megan Markle). If it’s as awesome and fun as the shower, and all signs point to yes, we’re in for a good time and the new Mr. and Mrs. Barnes are in for a lifetime of happiness. What’s not to love?

“Wherever you go, may people always recognize that you have a beautiful heart.” ~ Blessing...

“Life can only be understood backwards; but it must be lived forwards.” ~ Soren Kierkegaard...

“Let yourself be silently drawn by the strange pull of what you really love. It... 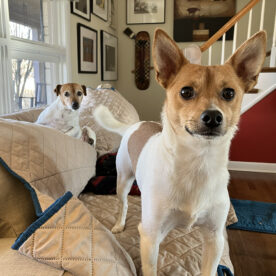 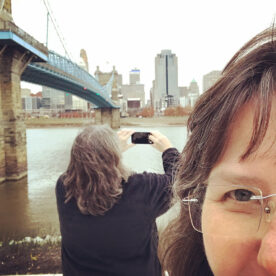 “Don’t spend time beating on a wall hoping it will turn into a door.” ~...