“It’s your story. Feel free to plot twist whenever you want.” ~ Unknown

This is what I found when I went to the grocery after work this evening. There wasn’t a single roll of toilet paper, carton of eggs, loaf of bread, or pint of milk. Nada, zilch, zip. It was, hands down, one of the weirdest things I’ve ever walked into, like an alternate reality, as if we haven’t had enough of that since 2016. The other shoppers looked as bewildered as I must have surely looked to them. I watched them as I kept wandering the aisles looking for, well, anything really. I’m doing the shopping for me and my folks since they’re in the highest risk category for Corona Virus, which is obviously what caused this mad rush. Nothing else would cause it. Being a landlocked state we don’t have the scourge of an impending hurricane, and being this far south we don’t often get a blizzard either.  Even when we do it doesn’t look anything like this. I digress. My folks aren’t high-falutin’ eaters. They don’t eat sushi or hummus or lamb. They’re meat and potatoes people. I came home with a package of hot dogs and a 5 lb. bag of Idaho’s best. Eat hearty! On the other hand, the list included milk, eggs, bread, TP, and bleach, none of which came home with the dogs and spuds. And there were plenty of other items that were missing. I understand the crisis but I don’t understand the panic. I would be terrified if my folks didn’t live next to me just because they’d be the elderly folks out trying to buy some toilet paper and a hamburger. Breaks my heart to think old and sick people have just been put into an even crappier situation. This virus is awful for everyone in the world, not an exaggeration, but I’m eternally grateful my folks are next door and I’m able bodied enough to help them. No cat litter either? Really? <sigh> 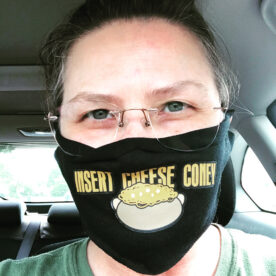 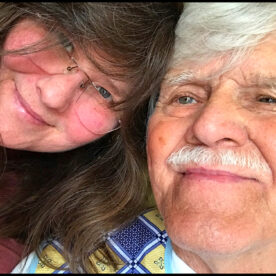 “Who you are inside is what helps you make and do everything in life.” ~...

“Never be afraid of change. You may lose something good, but you may gain something...

“Never be ashamed of your tears. Be proud that you are still natural. Be proud...

“To be beautiful means to be yourself. You don’t need to be accepted by others....