“Never assume that loud is strong and quiet is weak.” ~ TinyBuddha

These Barnes kids. I don’t know what they were reciting, or whatever it was they were doing, but it was hilarious. They are such a tight knit family that they make being with them easy and fun. Connor is the only boy among them. He was joking about how it’s up to him to carry on the family name. I think Corinne, his fiancé, broke three or four ribbons from their wedding gifts. Unless they’re all girls, according to the ribbons anyway, there won’t be a problem with the name. Every family ought to do jazz hands at least once. 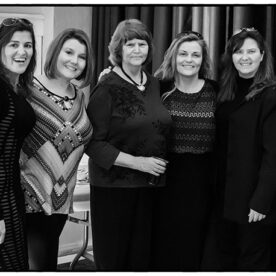 “One tree can start a forest; One smile can begin a friendship; One hand can...

“The root of joy is gratefulness…It is not joy that makes us grateful; it is...

“We tend to forget that happiness doesn’t come as a result of getting something we...

“An obstacle is often a stepping stone.” ~ Unknown Another uber-rainy day in The Bluegrass meant finishing... 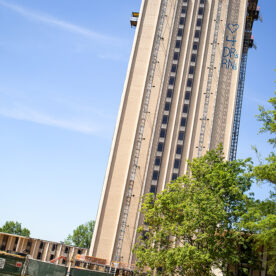 “He has told you, O mortal, what is good; and what does the Lord require...

“Yesterday I was clever, so I wanted to change the world. Today I am wise,...