At age 23, Tina Fey was working at a YMCA.
At age 23, Oprah was fired from her first reporting job.
At age 24, Stephen King was working as a janitor and living in a trailer.
At age 27, Vincent Van Gogh failed as a missionary and decided to go to art school.
At age 28, J.K. Rowling was a suicidal single parent living on welfare.
At age 28, Wayne Coyne (from The Flaming Lips) was a fry cook.
At age 30, Harrison Ford was a carpenter.
At age 30, Martha Stewart was a stockbroker.
At age 37, Ang Lee was a stay-at-home-dad working odd jobs.
Julia Child released her first cookbook at age 39, and got her own cooking show at age 51.
Vera Wang failed to make the Olympic figure skating team, didn’t get the Editor-in-Chief position at Vogue, and designed her first dress at age 40.
Stan Lee didn’t release his first big comic book until he was 40.
Alan Rickman gave up his graphic design career to pursue acting at age 42.
Samuel L. Jackson didn’t get his first movie role until he was 46.
Morgan Freeman landed his first MAJOR movie role at age 52.
Kathryn Bigelow only reached international success when she made The Hurt Locker at age 57.
Grandma Moses didn’t begin her painting career until age 76.
Louise Bourgeois didn’t become a famous artist until she was 78.
Whatever your dream is, it is not too late to achieve it.
Hell, it’s okay if you don’t even know what your dream is yet.
Never tell yourself you’re too old to make it.
Never tell yourself you missed your chance.
Never tell yourself that you aren’t good enough.
You can do it. Whatever it is.” ~ Drew Forrester

I didn’t know former President Bill Clinton was going to be on campus today campaigning for Hillary. If I had, I would have packed the long lens to work. He was speaking at Young Library not long after lunch. Everybody kept asking me if I was going. I thought, ‘meh, I’ve heard it all before…and no long lens.’ I wasn’t going.

Lunch came and went. Back at the office I glanced at facebook and saw nothing but pictures from my colleagues stationed in Young Library. Waiting for Clinton. Waiting for Clinton. Seems Clinton enjoyed Morehead a little longer than he was supposed to (insert jokes here), and it made him quite late for his Lexington engagement. Late enough that I changed my mind and walked to Young Library with time to spare. That’s when I saw my friend Jeff Spradling (below). He looked right at me but never saw me. Must have been the camera in my face. One of the things I love about a collage campus is how free speech and civic participation are encouraged. I don’t have to like what’s said, but I am eternally grateful to live in a country where the freedom to rally, speak, listen, or walk away is offered to us. It’s a big deal that too many take for granted. I really wish all the candidates were coming to campus.

“Everyone is a genius. But if you judge a fish by its ability to climb... 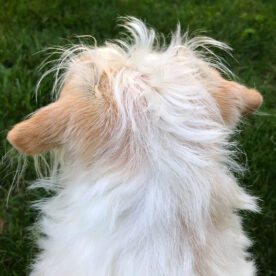 “The ocean does not apologize for its depth and the mountains do not seek forgiveness... 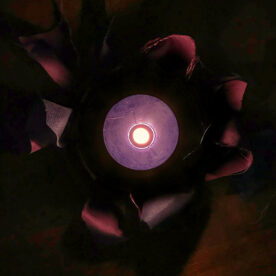 “Strength is what we gain from the madness we survive.” ~ Unknown My peeps at...

“My hope for you: May you quit overthinking. May you stop replaying failed scenarios. May...