“We live in a time when science is validating what humans have known throughout the ages: that compassion is not a luxury; it is a necessity for our well-being, resilience, and survival.”
~ Joan Halifax

Uncle Greg’s funeral was chock full of symbolism and a truck load of humor. You see, he had his coffin custom built. It’s been sitting in his cabin up Railroad Fork for the last six years. The utility company came through to clear the lines, and fell a walnut tree on his property. Rather than let it rot, he sawed it into planks, then hired a local Mennonite carpenter to build the coffin. He needed someplace to keep it until it was needed, so he put it in his cabin. Some might find that morbid, but for me, it was one of the most creative things to do. Why would you pay thousands for a coffin when you could have one built from a piece of wood off the land that’s been in our family for generations? It wasn’t just practical, it was meaningful. It was very Uncle Greg.

Greg had worked thirty years at General Motors in Ohio. Between that and his farm(s) in Brown County, he’d made quite a few friends in Ohio. The family held visitation in Ohio the night before the funeral in Eastern Kentucky. The following morning, Richard loaded Uncle Greg (in his coffin) into his pick-up truck, and followed by the family assembled in Ohio, they started a journey to Eastern Kentucky for Greg’s final resting place. Dad and Uncle Phillip fell in with the caravan at Index (that’s in Morgan County) as they escorted Greg up Highway 191 through Cannel City for the last time. I was told the whole journey was a spectacular thing to see. Greg in his coffin riding in a pick-up truck up Highway 191. It was very Uncle Greg.

Uncle Greg had four children; the most of any of dad’s brothers and sisters. Those children gave he and Aunt Virginia nine grandchildren, and it was they who acted as pallbearers. The youngest is Pierce. While he was too small to bear the full weight of the coffin (top photo), he was more than big enough to bury his grandfather (last photo). I think he would have buried the coffin single-handedly if the other men hadn’t stepped in. He was being very Uncle Greg about it, actually; completely determined to do the job. It was a long day, but it was an extraordinary day from start to finish, just like Uncle Greg.

“Art is not to do with the practical side of making a living. It’s to...

“When one door of happiness closes, another opens” ~ Helen Keller     Yesterday I... 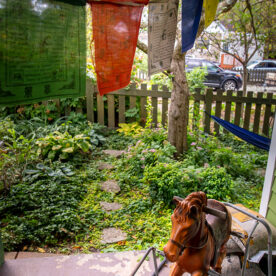 “I will honor Christmas in my heart, and try to keep it all the year.”... 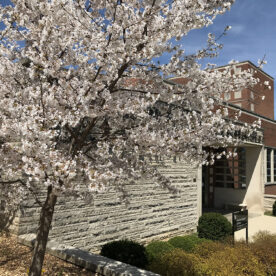 “Control how you respond to things sent to destroy your peace.” ~ Unknown Straight out...