“Try to remember, the greener grass across the fence may be due to septic issues.” ~ Unknown

After Kenny’s funeral Thursday, I busted a move back to Lexington in time for Gurney’s book release party at the Carnegie Center. It was, as expected, a fabulous evening. The room was filled with all my favorite writers and hillbillies (sometimes they’re the same). I got to see some old friends I hadn’t seen in a really long time – you’ll see them here eventually – but the biggest surprise of the night was Melanie Arnett Cain and her aunt whose name I forgot almost immediately though I’m positive I know her from a writer’s retreat in the past. If you see a resemblance between Melanie and my first cousin Tamara Terry Martin, you’d be right. They are first cousins on their mother’s side. Melanie had visited my grandparents’ place up Railroad Fork when she was little. She’s now a librarian at Magoffin County Public Library. We’ve been friends on facebook for a little while now, and she follows the outhouse (God love her). When I did the shot below, I didn’t realize it was Melanie getting Gurney’s autograph. It was only as I was walking away that I heard my name, and I’m so glad she called me. I was tickled to death to run into Melanie. She’s such a kind soul, like our cousin Tamara, and her aunt is just as sweet as can be. I hope we have the opportunity to visit longer next time.

Update: Thanks to Pam Oldfield Meade, I learned the name of Melanie’s aunt. She is Betty Jo Arnett Lykins and she’s an author, too! Read the piece on her latest book release here. 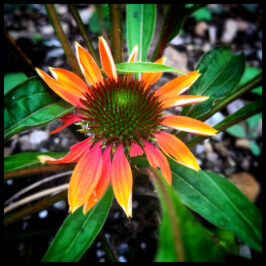 “Follow your heart, but take your brain with you.” ~ Alfred Adler I couldn’t believe... 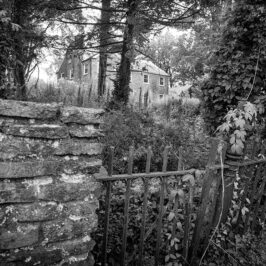 “My grandmother used to tell me that I shouldn’t take it personally when people were...