Meet Pam Kingfisher. She spent the day with me and Angie running the dirt roads of Cherokee County. We found a multitude of stunningly beautiful places; places even they had never seen before. I’ve talked to Pam at length about Native American spirituality. Long ago she made a conscious decision to embrace her Cherokee heritage, and carry on its traditions as much as possible. The sanctity of water is at the top of the list, and not just for Cherokee but many other tribes as well. All water is sacred. Prayers for the water – our life force as human beings – is one way to thank The Creator. But prayers at water’s edge aren’t always about the water itself. Prayers can be about anything one feels the need to pray for, or about, or perhaps to just give thanks. Pam allowed me to be part of such a prayer ceremony at the edge of the Illinois River; The Creator’s cathedral if ever there was one. To say I was honored would be an understatement.

Our day was filled with many a happy moment. One of those was meeting the new Cherokee Nation Principle Chief Bill John Baker at breakfast (pictured here with Diane Rickey, Pam Kingfisher, and Angie Bliss Fanning). He’s super kind, and wouldn’t you know it, he’s been to West Liberty, KY! In fact, his parents were professors at Morehead State University, so he actually lived in Morehead. It is a small, small world, and I really enjoyed talking with him.

A small world, and our spiritual connections in it, was sort of the theme of the day. Before our prayer at the Illinois, Pam told me that Gurney Norman – yes, that Gurney Norman – had said something powerful to her a long time ago that has stuck with her all these years. He said, I’m paraphrasing of course, that “we are part of the water around us. The water we come from, wherever that might be, that’s who we are.” No wonder Eastern Kentucky is such a strong pull for me. Those are the waters I come from, just as the waters of Oklahoma and Washington State helped make Pam who she is. It is, indeed, a powerful thought. One other thing that helps shape us is the company we keep. There is no finer company than the women who gave me such a hilarious, blessed, special day. My gratitude for them is endless.

“Everyone has inside of him a piece of good news. The good news is that...

“Align yourself with people that you can learn from, people who want more out of...

“I always say joy is the happiness that doesn’t depend on what happens.” ~ Br.... 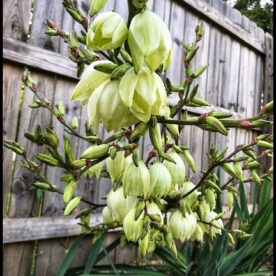 “Two things are infinite: the universe and human stupidity; and I’m not sure about the...

“Make your life a masterpiece; imagine no limitations on what you can be, have, or... 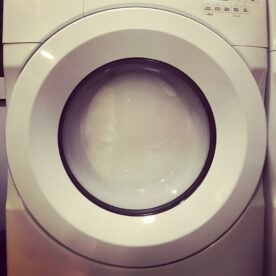